‘How to say no’ is important for freelancers

Today, when I went to an event, I had a feeling that it was a bit of a surprise. I would like to write about this because there was a

You know what happened.

There was a flea market in front of the local train station today, with nearly 100 stalls, food and drinks. They sold a variety of products, including accessories.

In that situation, we are planning a similar event, and we have been asked to open a stall at a store if you’d like This is when you go around to PR to a store you’re interested in asking for help.

The shop was a shop that sold “fish shirasu” and I tried to say a few words when it was free. And he immediately said he didn’t want it.

My friend and I thought, “(Oh, no!)” and quickly left the scene. What was wrong with this series of interactions?

You’re too good at customer service as a businessman.

The most important thing about a business is the connection with people. Some of them may have the absolute only product and run a business on its own, but Most of them are not.

You’ll want to open a flea market like this one because that’s where the customers will be coming from.

Unfortunately, by refusing to go to a store that sells this “fish shrewdness” without knowing what it is In addition to wasting a great opportunity, the negative impact of the “I wouldn’t want to call on you in the future, even if I were asked. The result is an image.

What to do if you refuse.

So how should I have said no in these situations?

In my case, here’s what I do Oh, and of course, if it’s something you’re interested in listening to, just make sure you listen to me.

Listen to what it says, no matter how uninterested you are.

It won’t be all that interesting every time. In my case, I often get solicitous phone calls about real estate that I have no interest in, or about changing telecom companies.

The person is trying to sell what they think is good and what connections they can make from it in the future. Since you don’t know, it’s best not to respond without a fight.

Try not to make the other person’s story too long (5 minutes or less).

Most solicitations will be for, say, a minute or two. But no matter how much you say you’re going to listen to the content, it can be painful to be held up for too long. It is the same for me. If you are not interested in something, it’s important to end the conversation in a moderately short way.

Saying “I’ll listen to you for a few minutes” at the beginning is also effective. When it gets long, you can say, “I don’t have a lot of time to talk about it.

When refusing, say in simple terms that you don’t need it. However, you should not use a strong tone of voice. It is preferable to say no in a gentle, down-to-earth way, but with a clear refusal.

Why should we apologize when he solicits us? You might say, “I’m sorry,” but the apology here isn’t an apology for failure, it’s an apology for I’m sorry. So don’t worry about it at all.

There’s no end to the pride you’ll have in these flushing things. It would be good luck to end it quickly.

Don’t give poor reasons for refusal

When you say no, you shouldn’t give a strange reason for refusing.

For example, if you say, “I don’t have the money,” they’ll say, “Well, if you had the money, would you sign up for it? It would be a strange expectation.

Work is a mutual thing. Everyone is selling and buying their own products and going to each other, so it’s extremely vicious solicitation Otherwise, I think it’s fine to ask lightly and decline lightly.

I put “freelance” in the title, but the story could work for anything else. 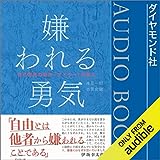 I had a strange dream. If you have a dream, it’s good luck to find out what it suggests from the dream.

Installed ffmpeg on Mac+Homebrew environment and converted video from .mp4 to .webm How to do it

What I’ve been doing lately to generate blog posts

I changed the way I write jQuery.

Pros and cons of folk medicine in vitiligo