Pros and cons of folk medicine in vitiligo

It’s a bit of a stiff title, but first, my “Folk Medicine in Vitiligo I’m going to write about my thoughts.

My thoughts on folk medicine

When it comes to folk remedies, I believe that there are places where people’s beliefs are more or less included. That’s why I think you should first consult with your doctor.

Folk remedies are a good choice after you’ve consulted with your doctor and decided that there is no solution for you.

For example, in the case of cancer

There is a disease called cancer, which is difficult to treat. The most common treatments we hear about are anticancer drug treatment, radiation therapy, and excision.

I would dare to wait for death to occur naturally, considering the suffering I would have to endure after the “anti-cancer treatment” and “radiation therapy. Because I think it’s antsy.

The more difficult the disease, the more carefully you should consider your options for what to do afterwards.

My thoughts on vitiligo

Vitiligo vulgaris, simply put, is a disease that causes a portion of the skin to lose its pigment. Vitiligo is a disease that is noticeable in appearance. When you talk to your doctor, he or she will generally tell you that there is no drastic treatment for the disease, or that there are examples of cases that have been cured by ________________, but you can I don’t know if it will work.

I went to three hospitals and all of them handled it like this. Oh, so I felt that there is no cure for this disease, that’s why I felt that.

The doctors are out of control, so you have to choose a folk remedy that you believe in and try it! . …So that’s what it’s all about.

The choice is yours. You are the one who is responsible for it.

There are some folk remedies that are not so good, so you should do a thorough research and ask yourself, “If this doesn’t work, there’s no choice. It’s better to think “no” before you do it. 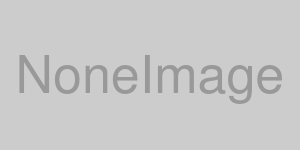 How to prefix all lines with a quotation mark (>) in jQuery

Why I use my blog as a note

Apparently, some of the components used in the construction of the house have been standardized.

Don’t stick to one gameplay title.

‘How to say no’ is important for freelancers

Men, you need to shave your body hair.
Go to mobile version